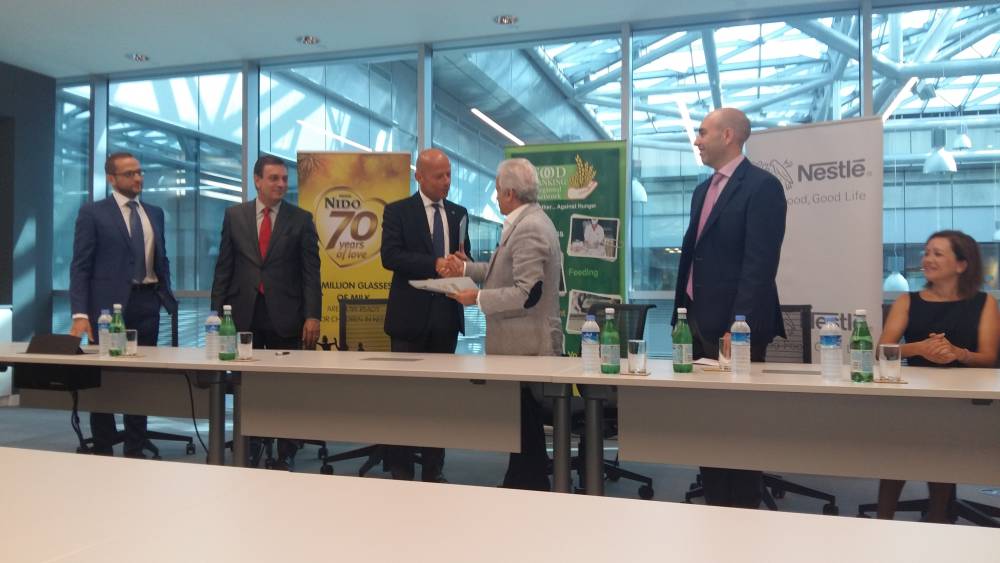 Nestlé NIDO® has partnered with Food Banking Regional Network (FBRN) to eliminate hunger from the Middle East by 2020, to start delivering glasses of milk to children from across the region including Lebanon, Jordan,  United Arab Emirates, Kuwait and Iraq.

“We are pleased to have found the right partner to distribute the 7 million glasses of milk to children in need. The campaign aims to create a positive impact in communities that are in need by contributing to the diets of children through the provisions of daily Nestlé NIDO® Fortified milk for these kids.” said George Badaro, Head of Dairy Business at Nestlé Middle East.

Due to the immense support from consumers of Nestlé NIDO, more than 19,000 children, ages 4 years and older, will get two glasses of milk every day for a period of six months.

Moez el Shohdi, Co-Founder & CEO of Food Banking Regional Network said, “The long term collaborative effort of the Food Banking Regional Network and Nestlé Middle East is a very good model for a professional raising awareness initiative about how child malnutrition problem can be addressed & solved for a better life & future. For sure others will follow the steps of such partnership in extending support to communities in order to alleviate hunger and malnutrition in the region.”

How We Fight Hunger